Breast Cancer and Asbestos Exposure
One in eight women in the United States is diagnosed with breast cancer, making it the second-most common cancer among women. While some men get the disease, women are 100 times more likely to be diagnosed with it . The cancer may originate in either the part of the breast that produces milk or the ducts that transport the milk. Invasive forms of the cancer can spread to other tissues throughout the breast, while non-invasive breast cancer remains in one area.
The cause of breast cancer is linked to a variety of external risk factors in addition to natural factors that are typically out of a person’s control. Natural risk factors include gender, age, race, and family history of breast cancer, genetic makeup and early onset of menstruation. Environmental factors may also play a role in the risk of breast cancer. Some studies have found higher rates of breast cancer among women exposed to asbestos , although the link between the two appears thin.

Breast Cancers Causes You Can Control
According to the American Cancer Society, about 5 to 10 percent of breast cancer cases can be directly attributed to mutations of certain inherited genes, one example of how some factors are out of a cancer patient’s control. However, there are partial risk factors that can be linked to the formation of breast cancer that are within the control of an individual, including:

Asbestos Exposure and Breast Cancer
Asbestos is a carcinogen that has been linked conclusively to other health conditions like mesothelioma cancer, but its exact correlation to breast cancer is uncertain. Although researchers have noted an elevated incidence of breast cancer in women who have been exposed to asbestos fibers, studies have not yet determined how asbestos directly affects breast tissue.
According to Debra David, Ph.D., M.P.H., many studies that have attempted to demonstrate a correlation between asbestos exposure and breast cancer fail to do so strictly because they do not achieve statistical significance, meaning that there were not enough women involved in the study to make it statistically conclusive. Two international studies delivered different conclusions from each other.
One Australian study published in 2009 reviewed the potential association between exposure to blue asbestos and cervical, ovarian, uterine and breast cancers. Nearly 3,000 women from Wittenoom, the home of a large asbestos company operated until 1966, were compared with the general Western Australian population. Cervical and ovarian cancers were slightly more prevalent in former factory workers and town residents than the general population. Breast cancer rates remained the same.
A similar study that monitored cancer diagnoses in British asbestos factory workers was the only one of its kind to suggest an association between occupational asbestos exposure and elevated rates of breast cancer. This project found a slightly increased rate of breast cancer diagnoses in female factory workers who experienced significant exposure over two or more years. The study expected 10.48 deaths from breast cancer, yet 12 participants passed away from the illness.
Another British study, “Prevalence of Asbestos Bodies in a Necropsy Series in East London,” examined the lungs of 178 female participants for the presence of asbestos fibers. The mineral was present in 30 percent of all women in the study, yet the majority of this percentage was found in the subgroup of women who had been diagnosed with breast cancer. Of the 82 female participants with the illness, 38 were found to have asbestos in their lungs.
Authors within the study suggested that asbestos fibers may have reached the breast tissue through retrograde lymphatic flow from the lungs to the chest wall, while another study yielded another hypothesis. The second study implied that asbestos fibers may pierce the lungs and pass through the muscles that cover the chest wall, eventually reaching the breast tissue. While the evidence to support either suggestion is limited and does not speak to a causal relationship, the potential link between asbestos and breast cancer requires continued study to warrant any factual association. 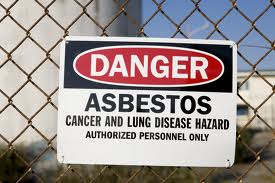 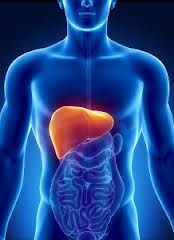